The Story of Baijiu

Series of illustrations made for the session The Story of Baijiu of the site DrinkBaijiu, from the Chinese distillery MingRiver Baijiu is a traditional alcoholic drink from China, the evolution and enhancement of it comes from the medieval era, the website is dedicated to tell this story for the West.

“For thousands of years, alcohol has shaped and been shaped by Chinese culture. From humble beginnings among ancient farmers of the Central Plain to the mass mobilization of modern industry in the People’s Republic, alcohol has touched all aspects of Chinese life. It has influenced religion and art, philosophy and politics.” (DrinkBaijiu.com)

The production of the illustrations was based on the rich historical research around the subject conducted by Derek Sandhaus director of education and expert in the category Baijiu of MingRiver, also author of the book “Baijiu: The Essential Guide to Chinese Spirits”. Below I show the final result of each one, from the first sketch, vector shapes and main details. 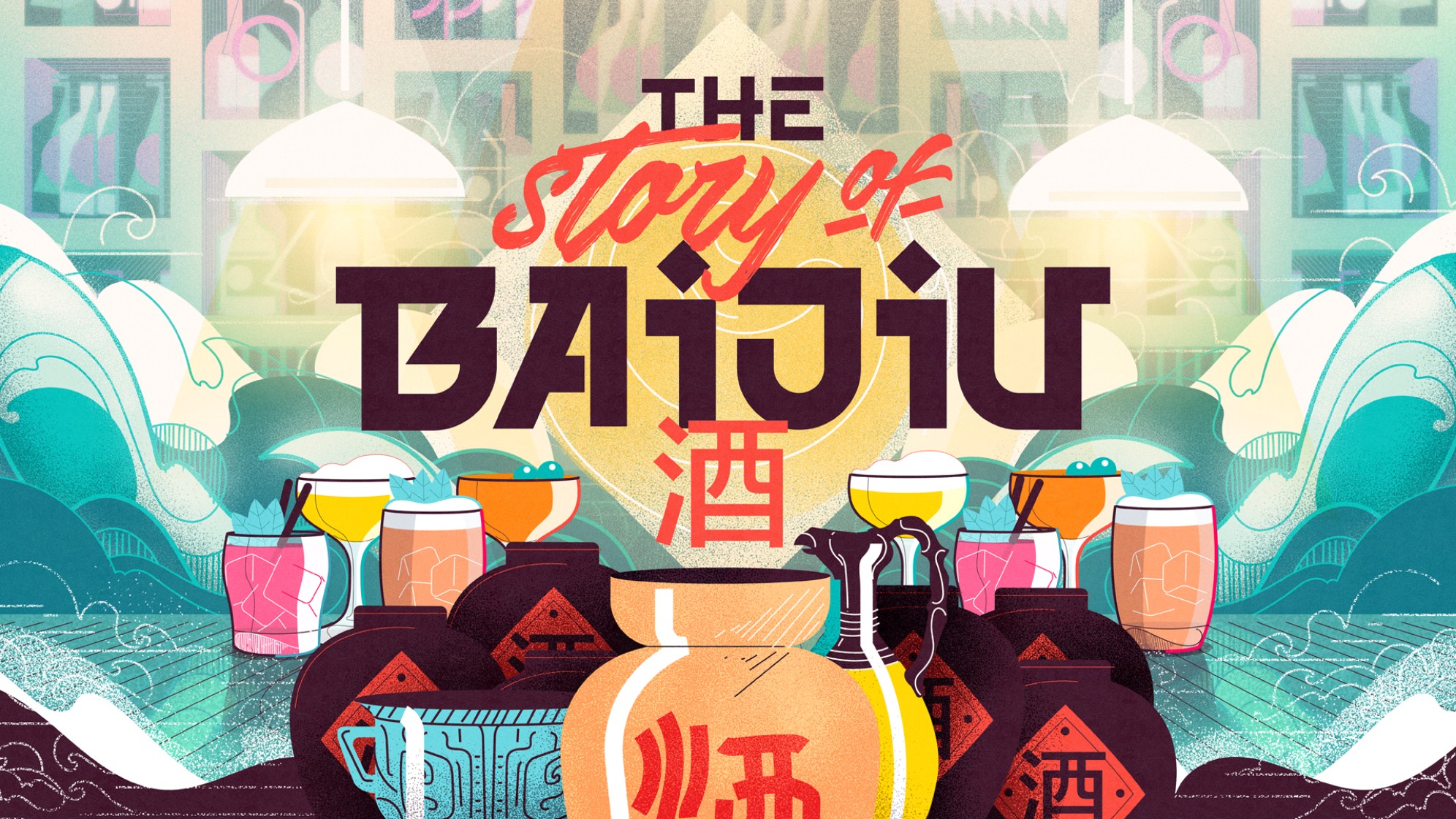 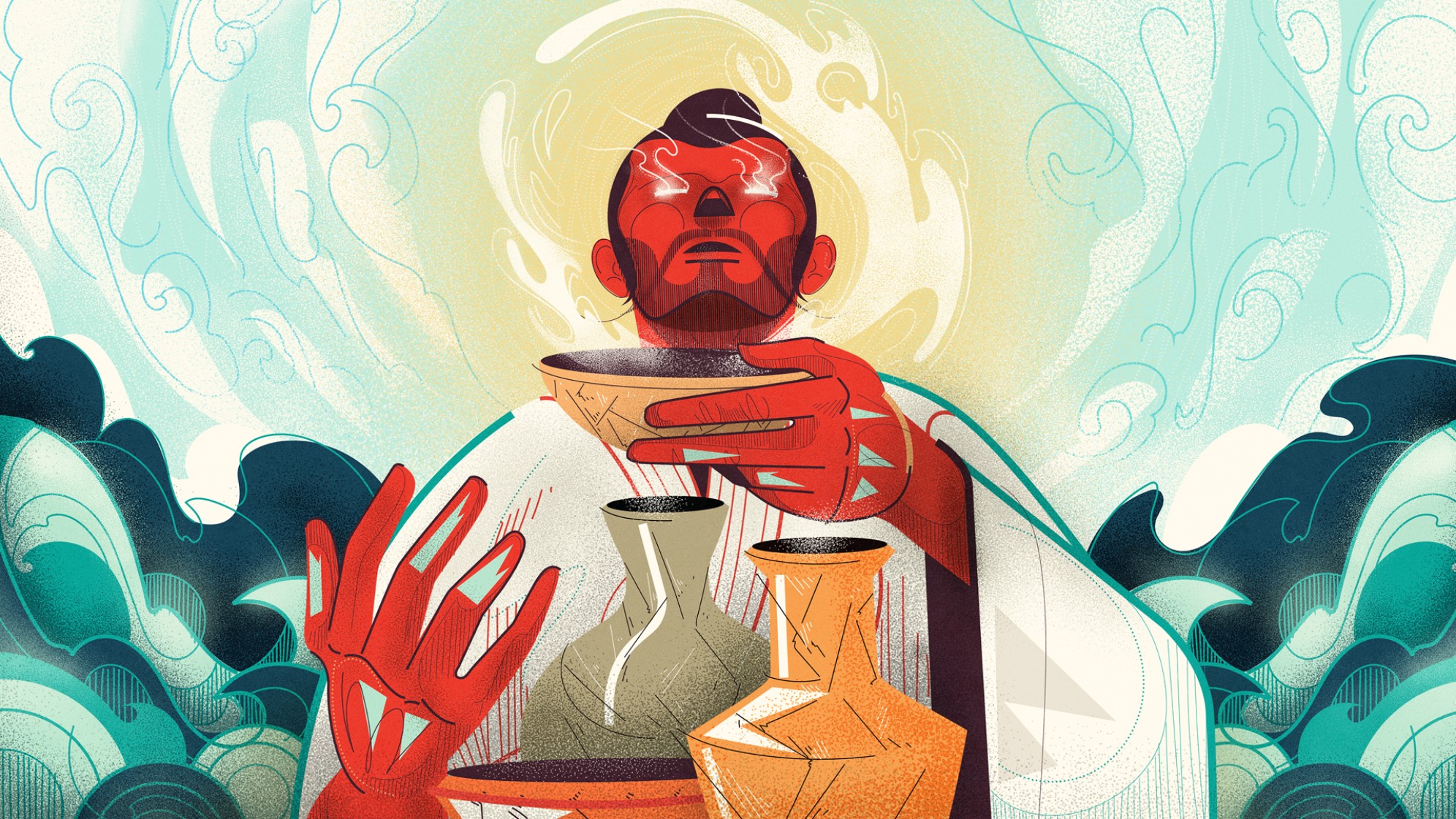 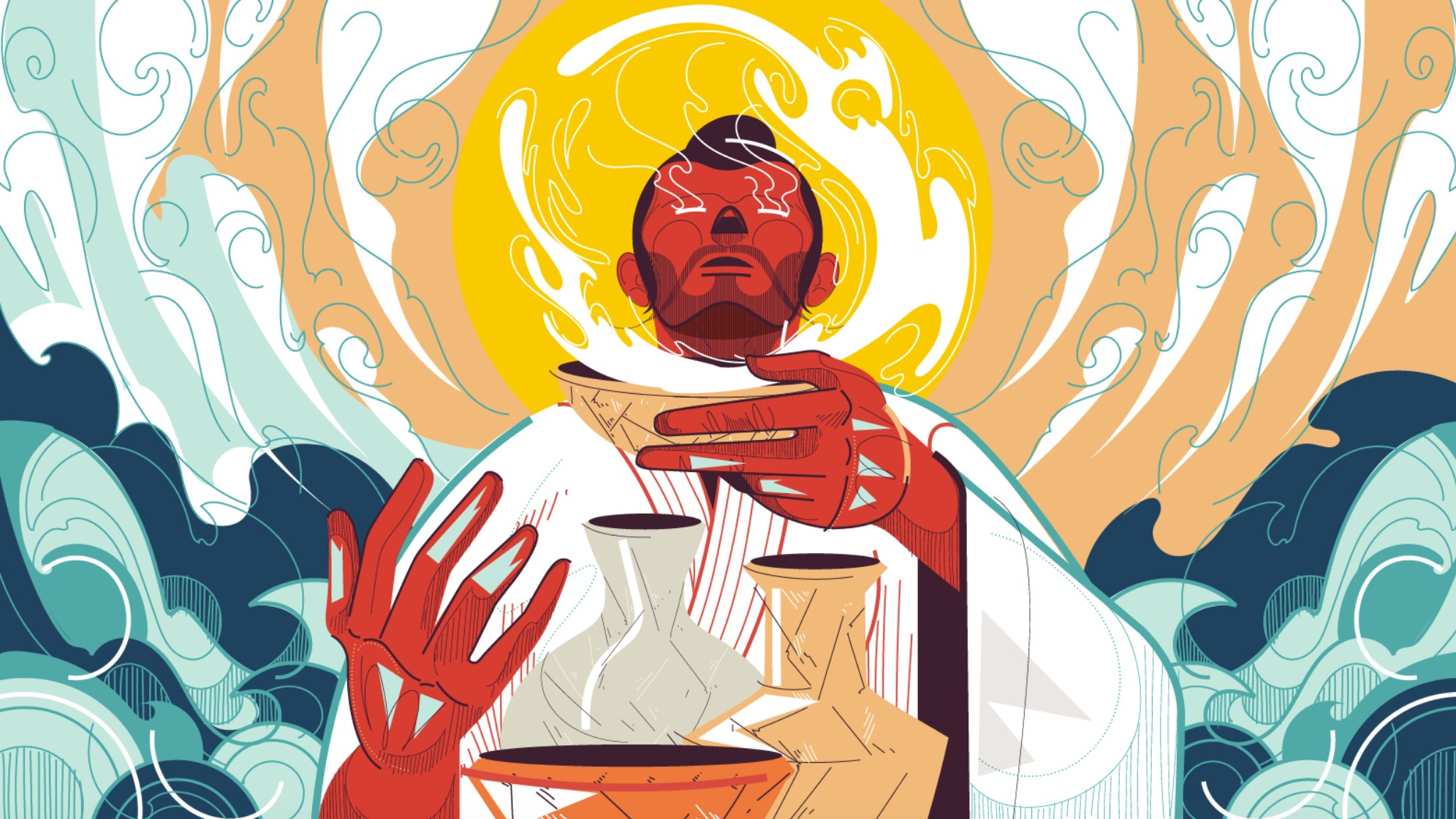 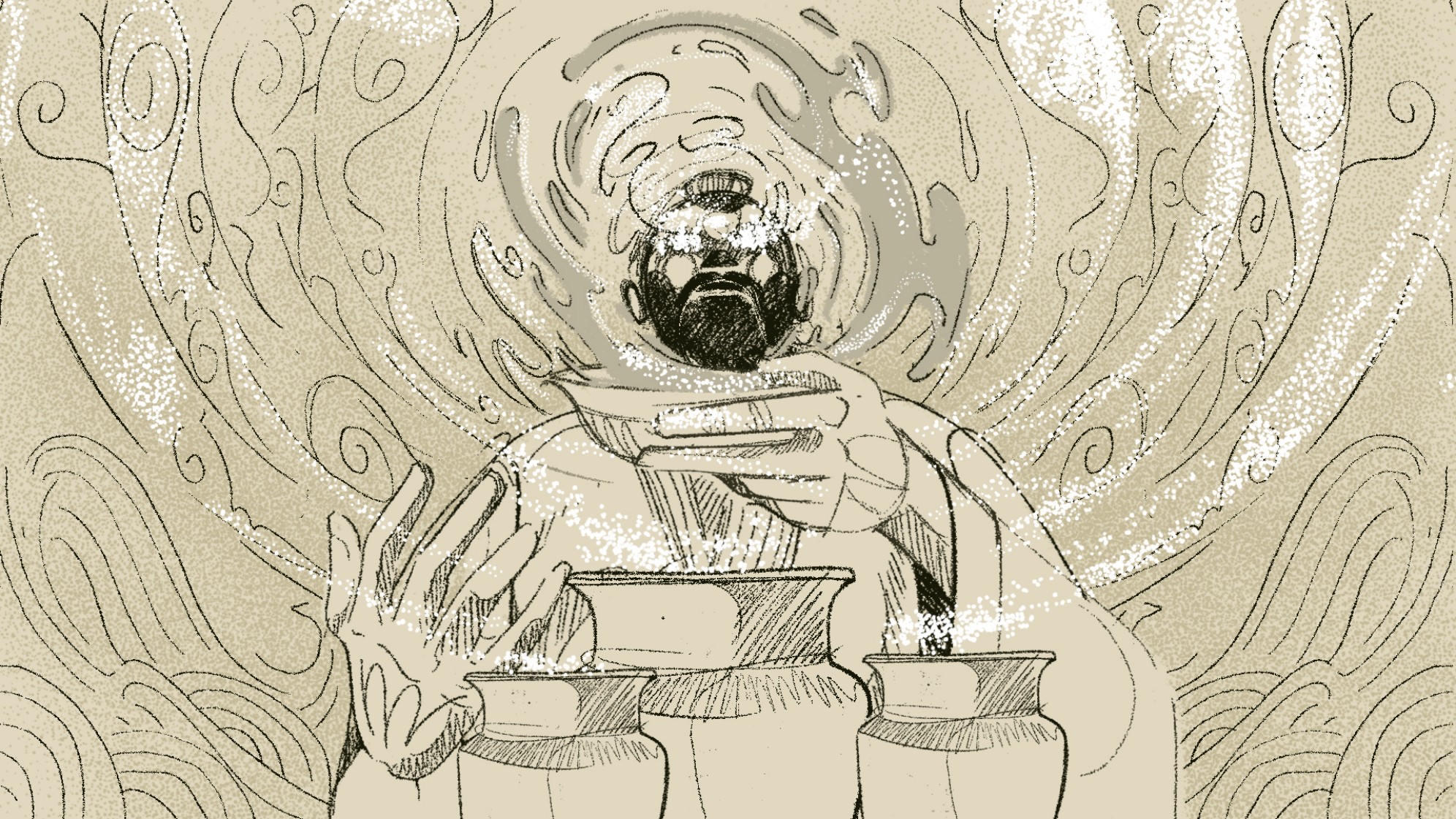 INVENTION OF JIU  ●  1st millennium BC 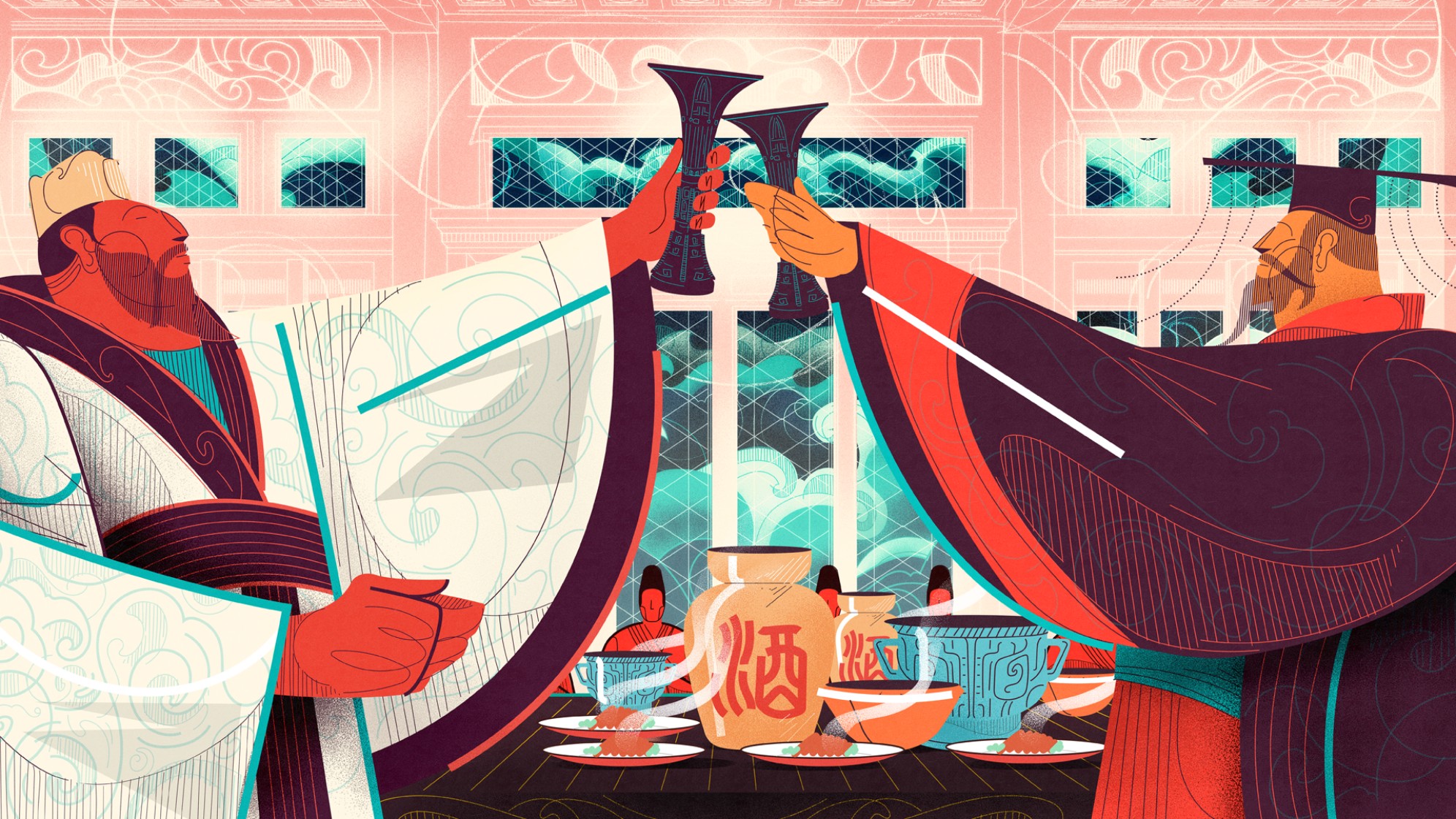 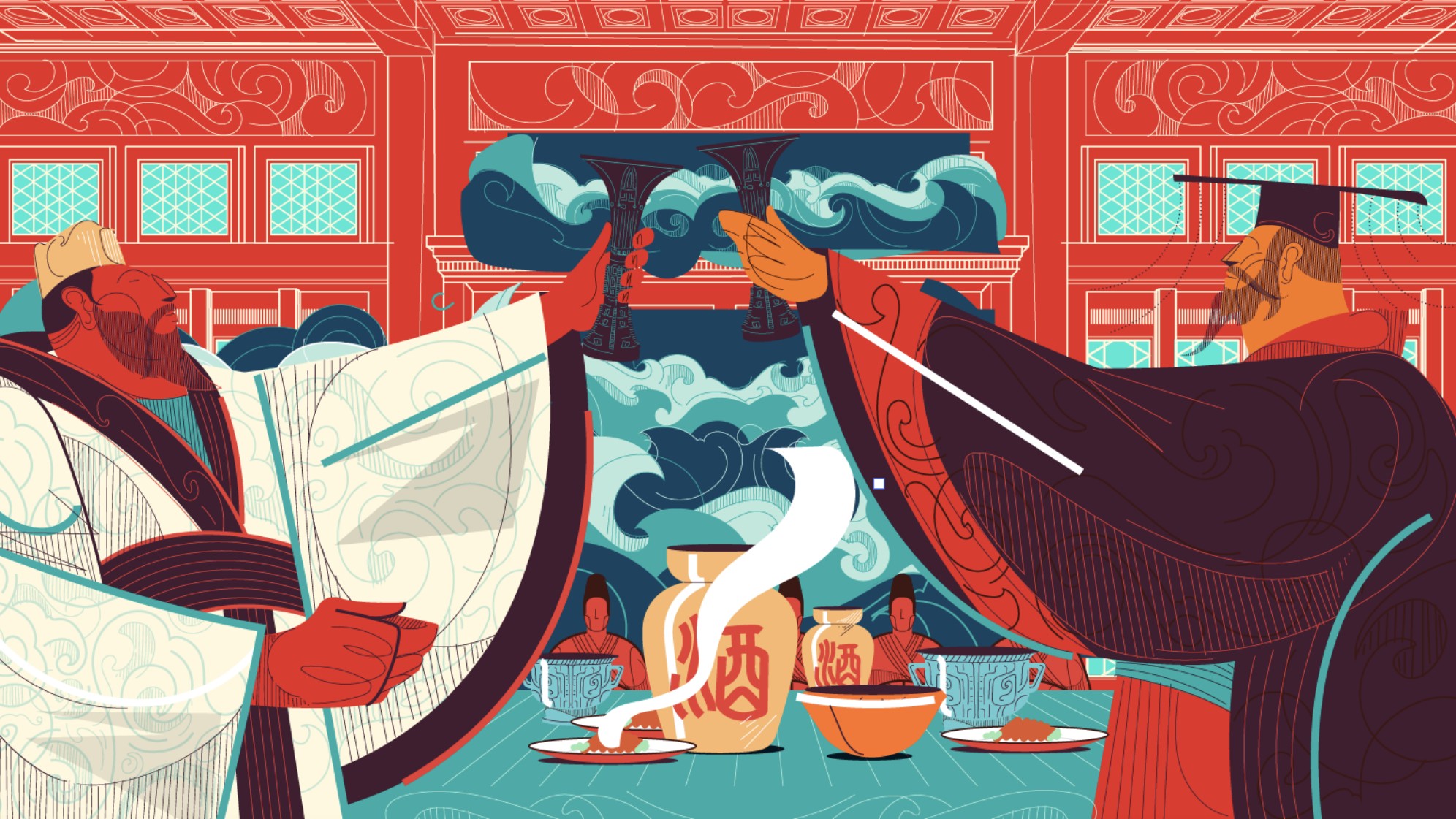 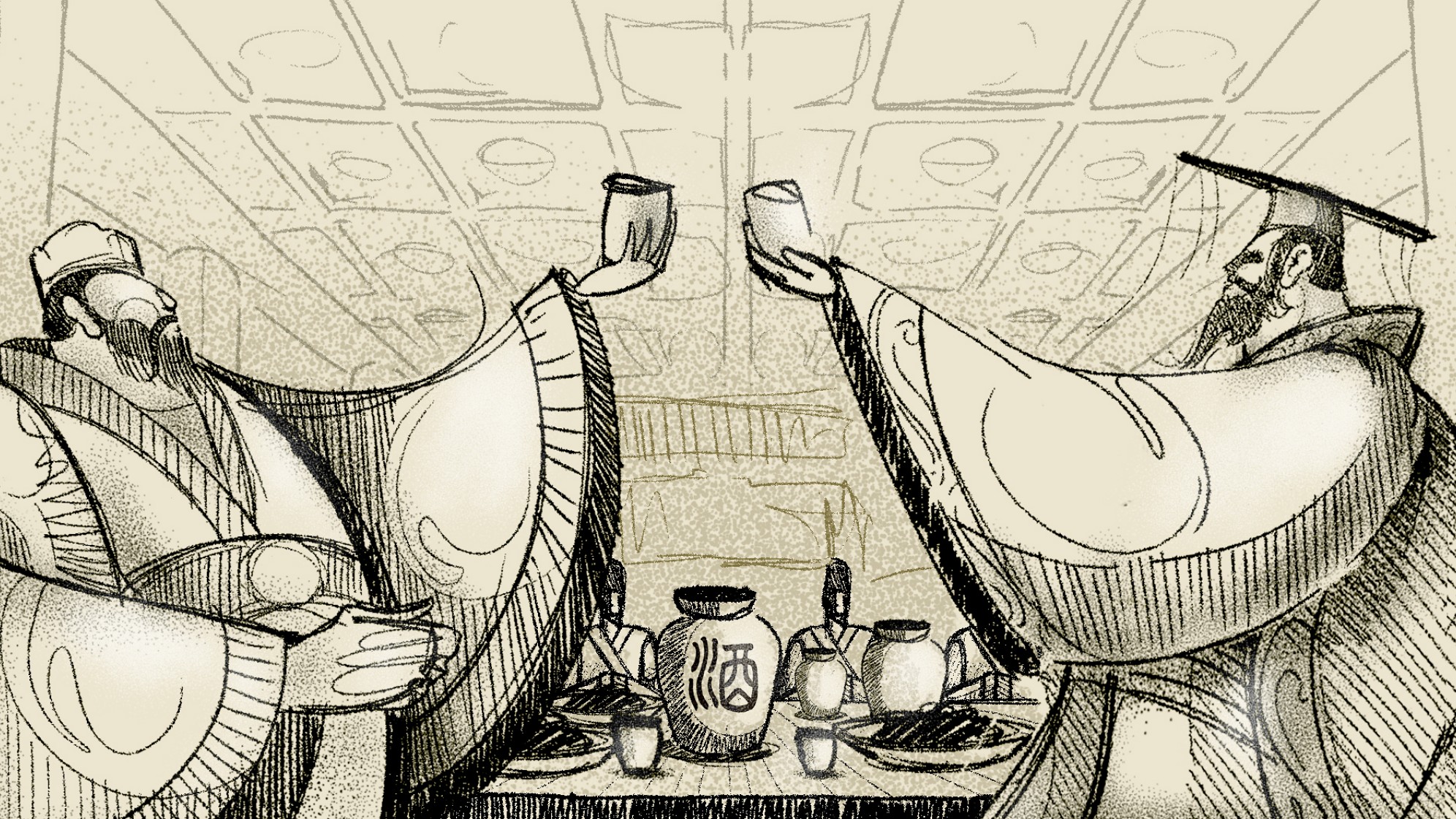 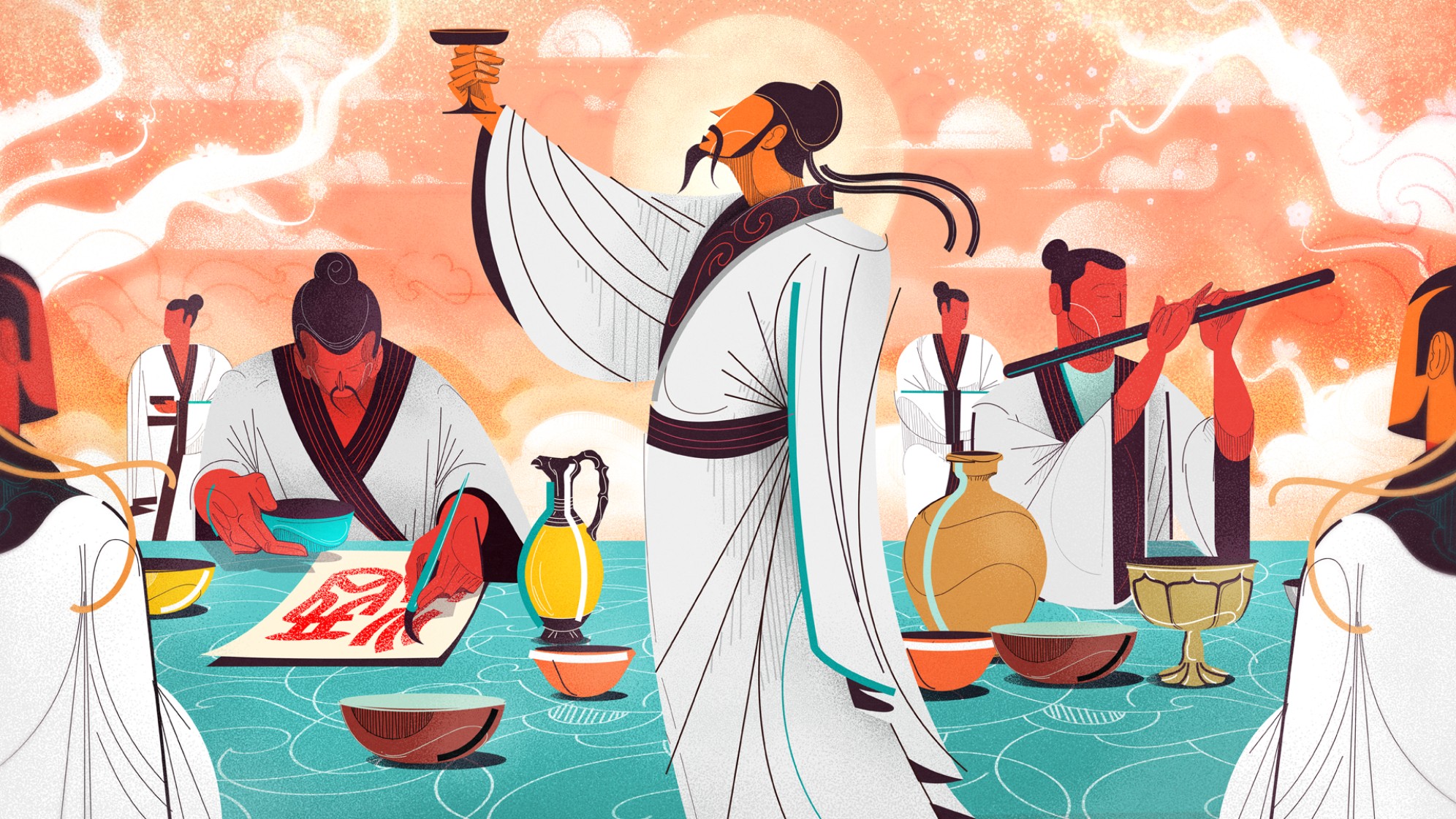 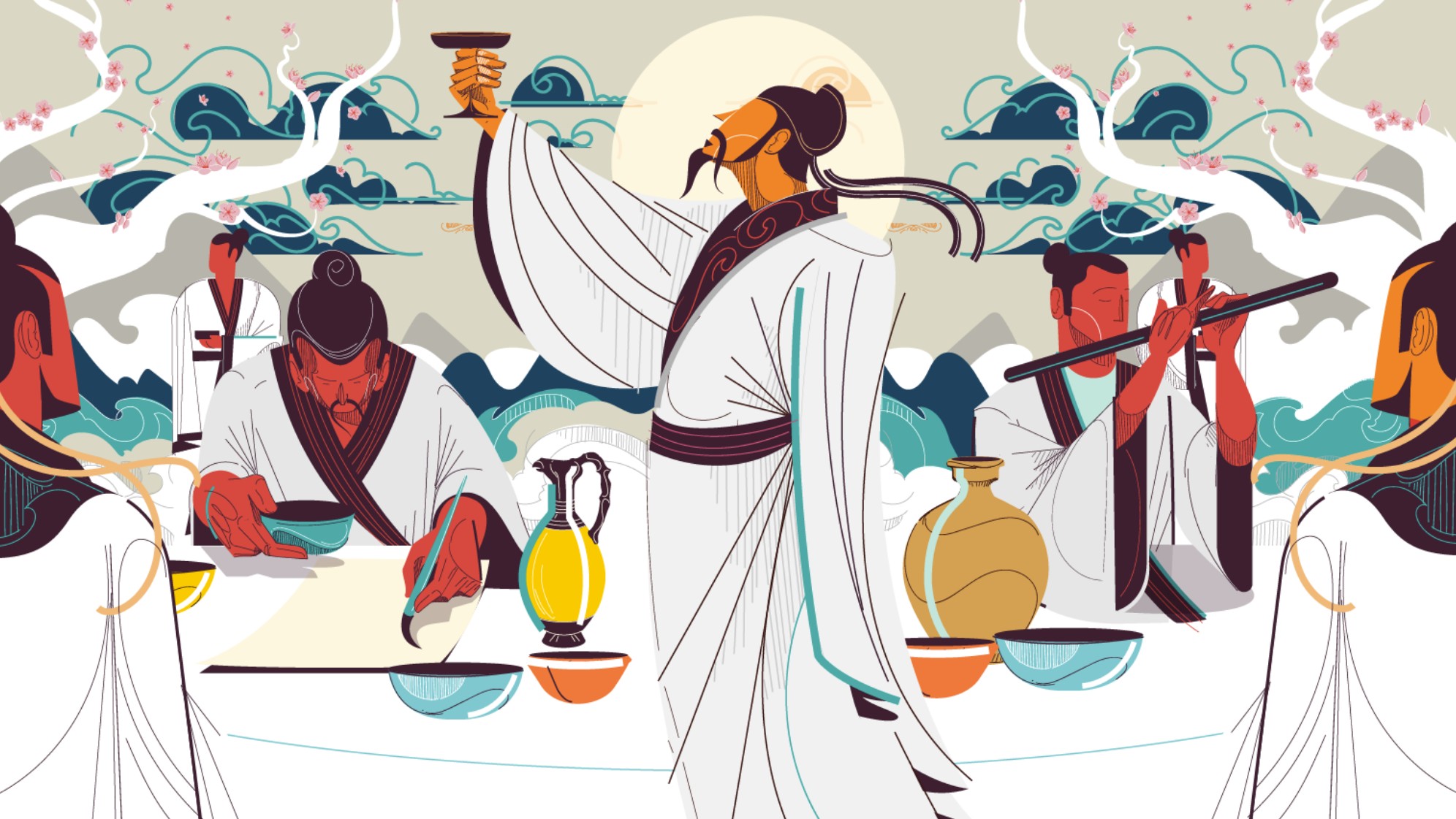 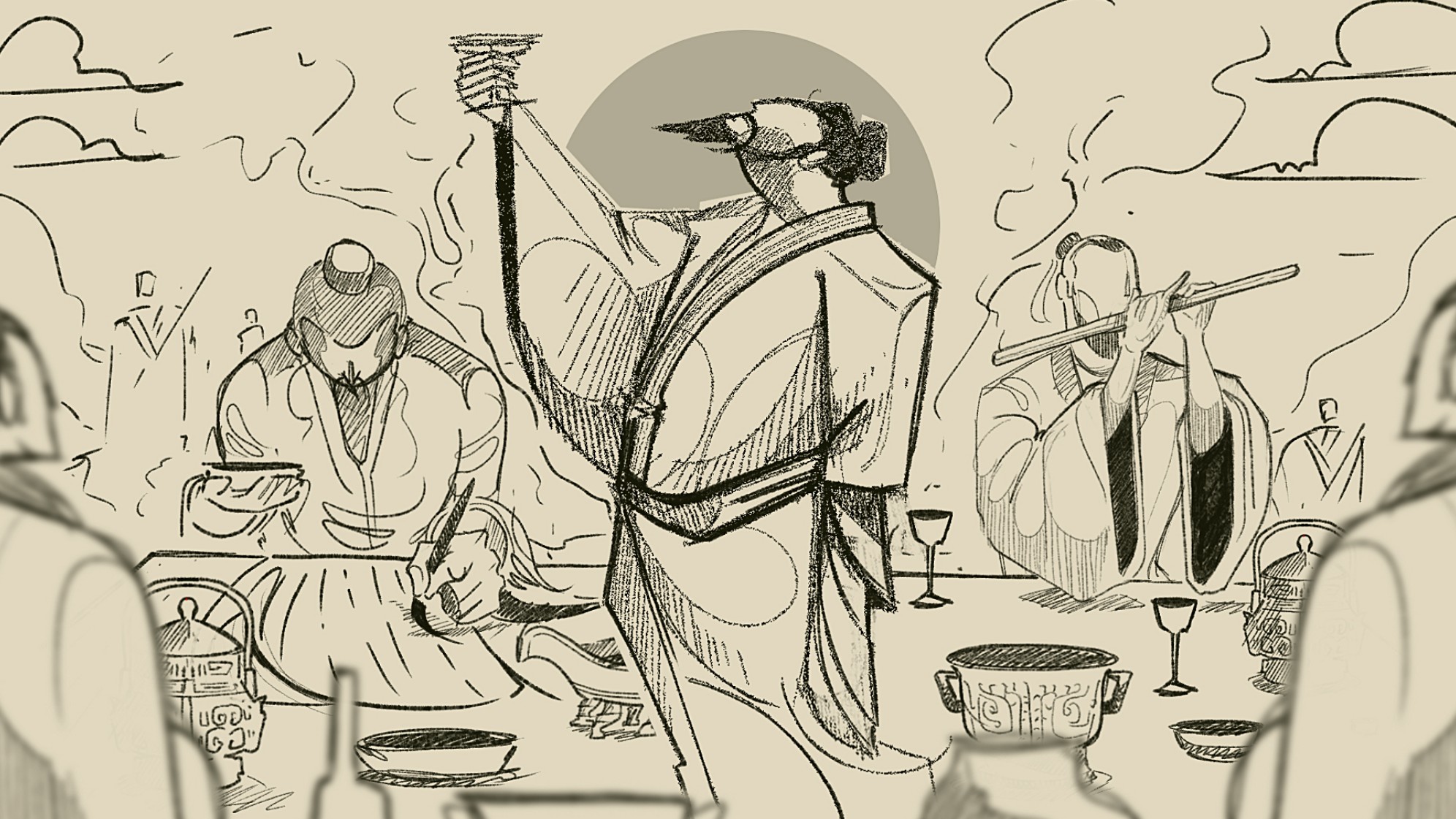 ARRIVAL OF DISTILLATION ● Around 13th Century 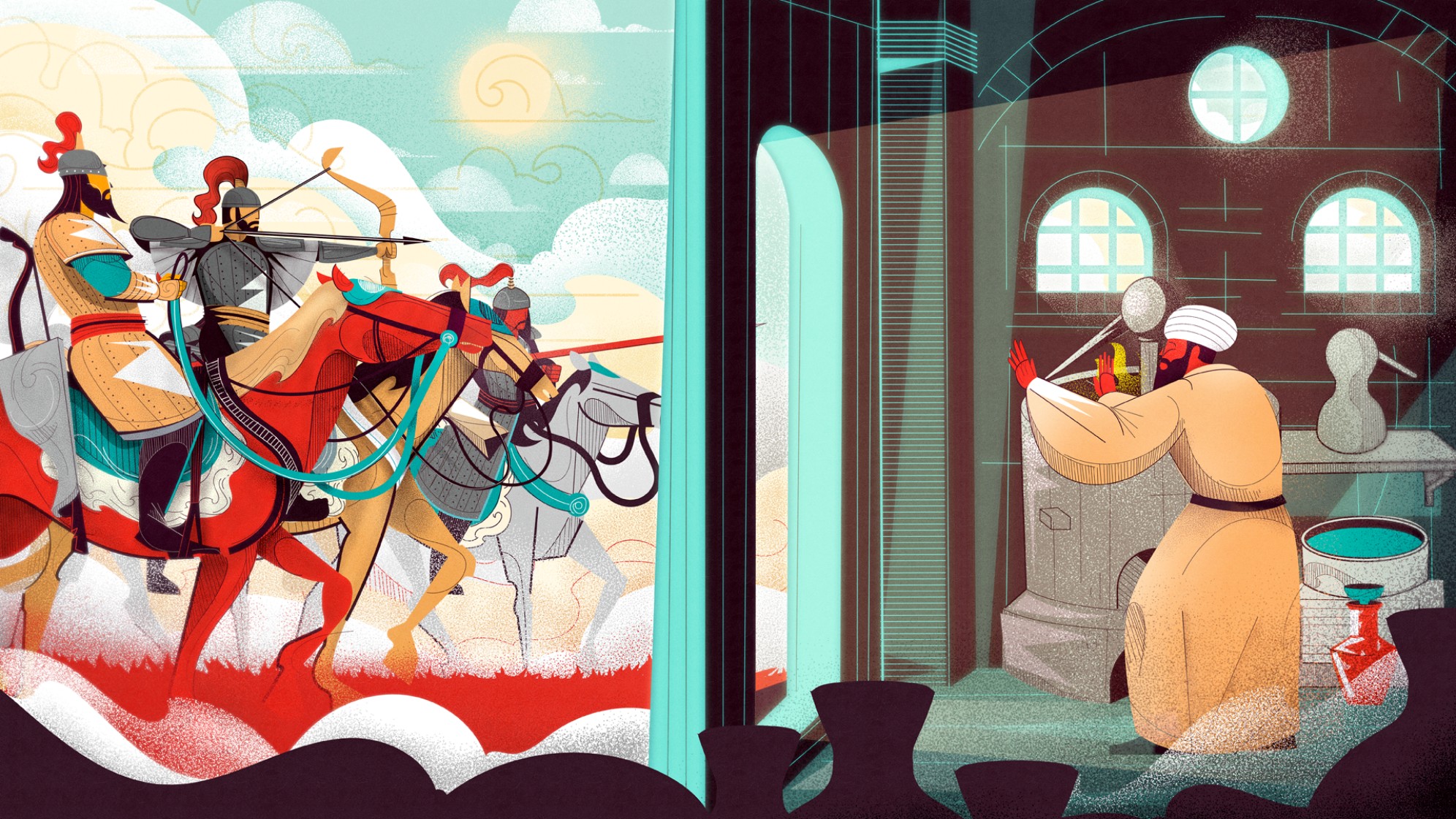 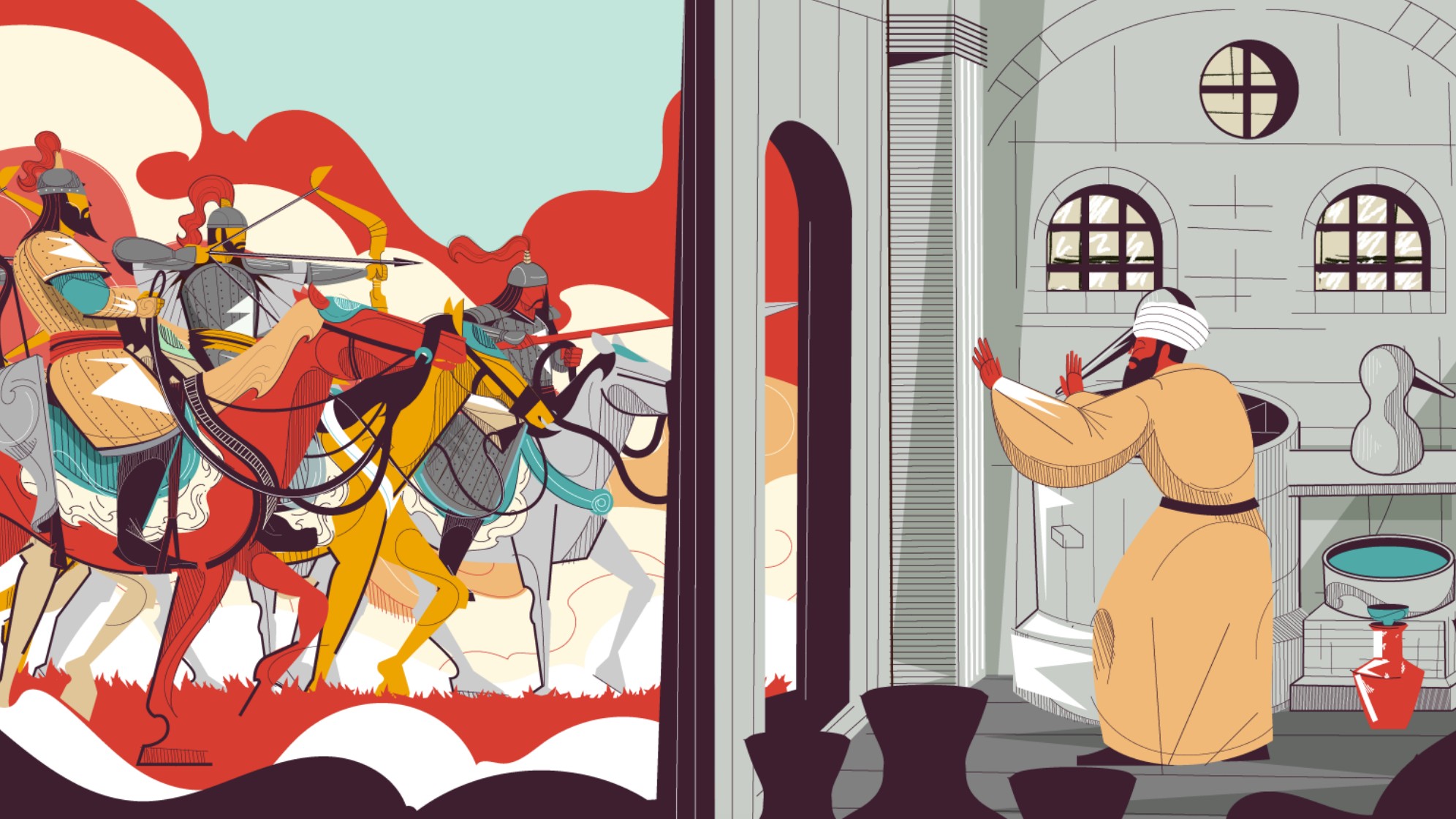 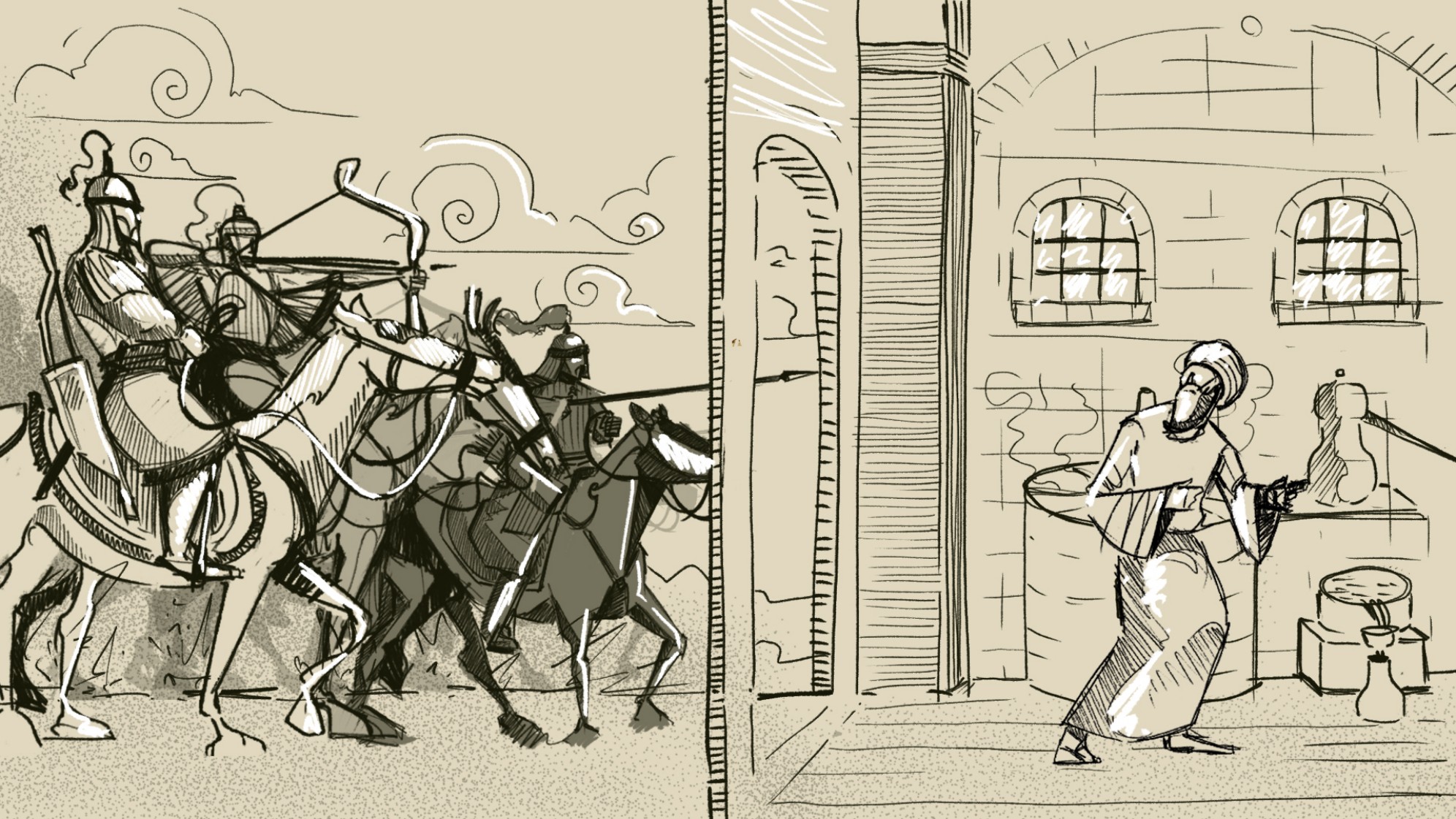 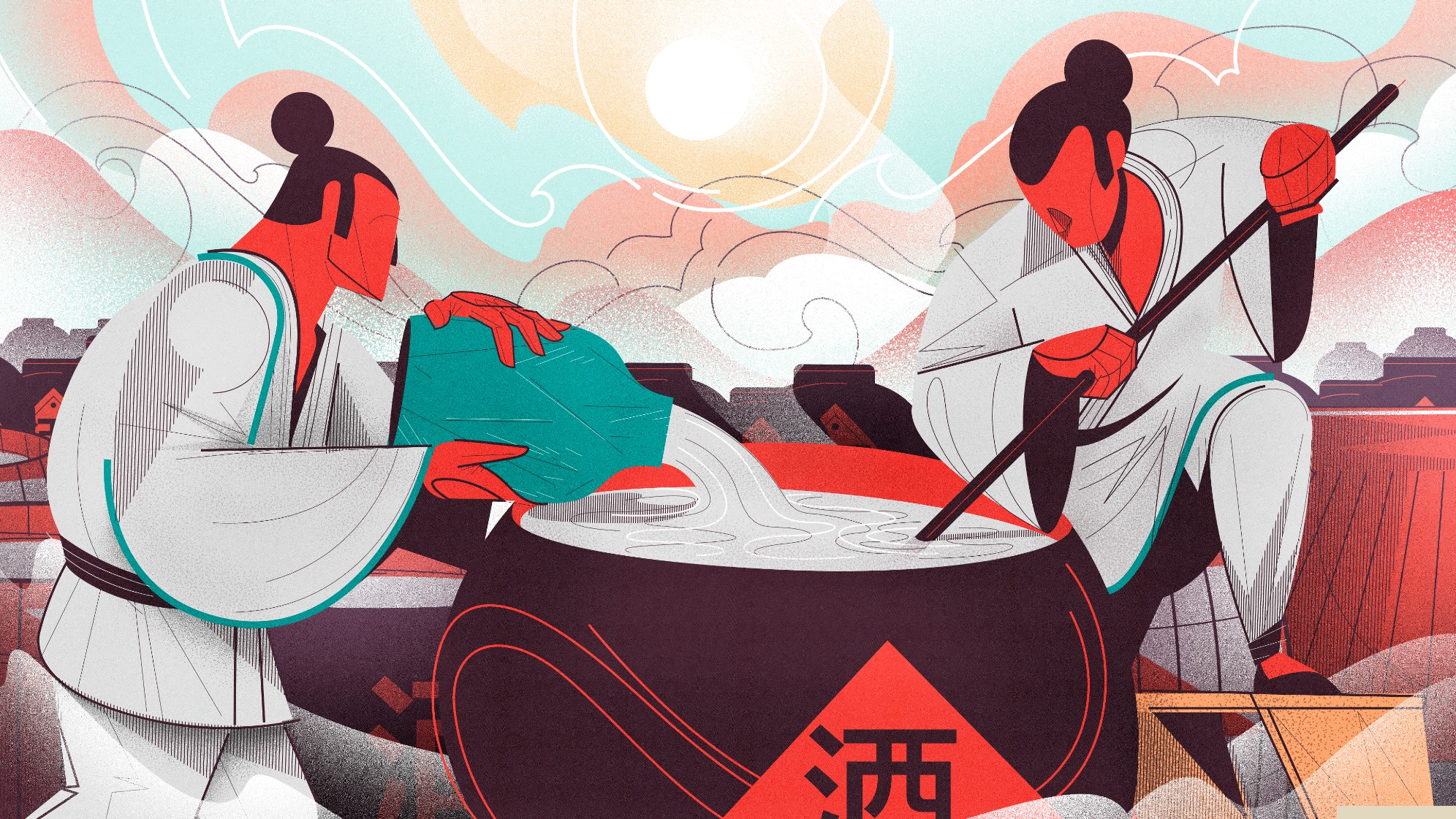 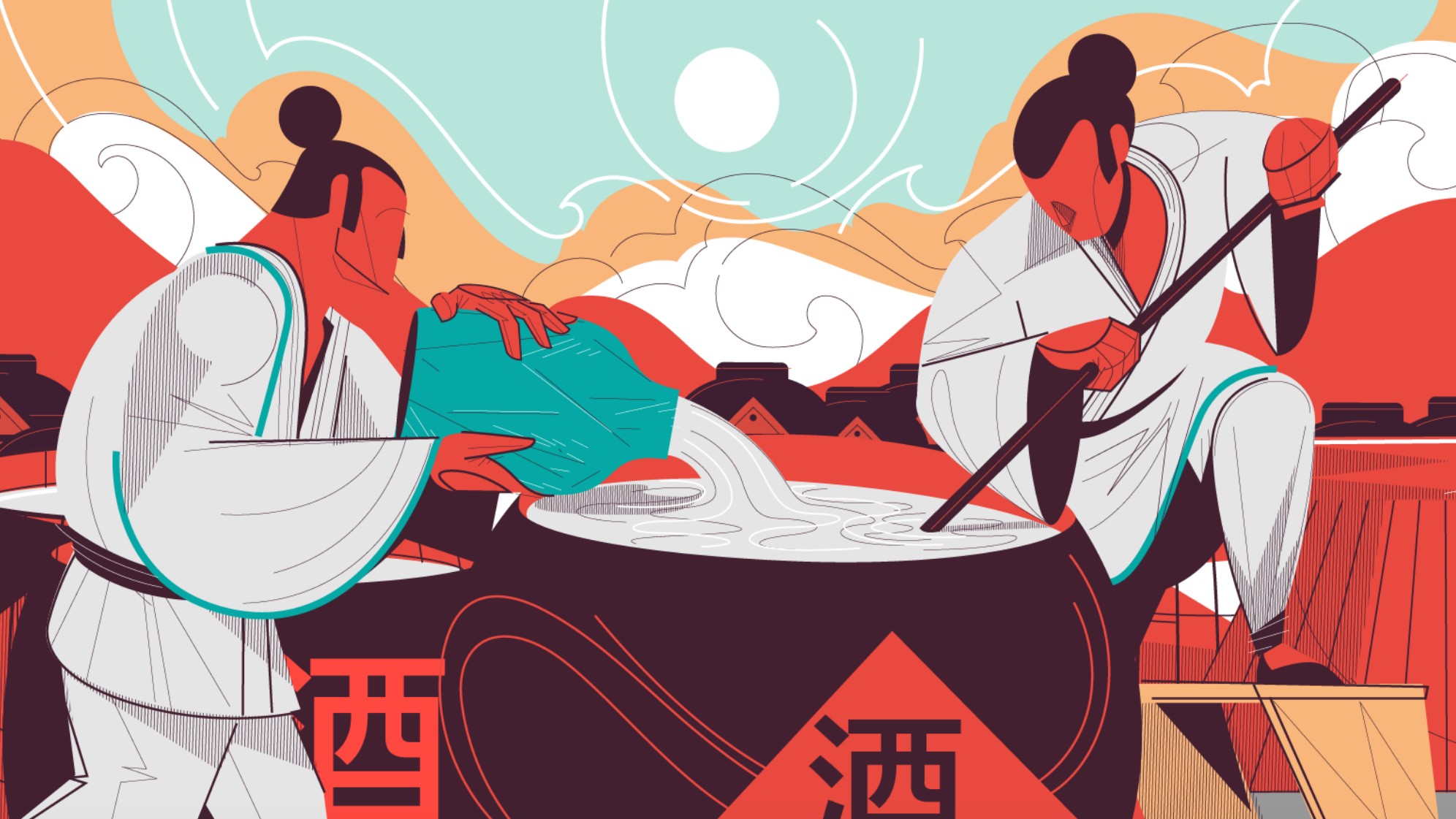 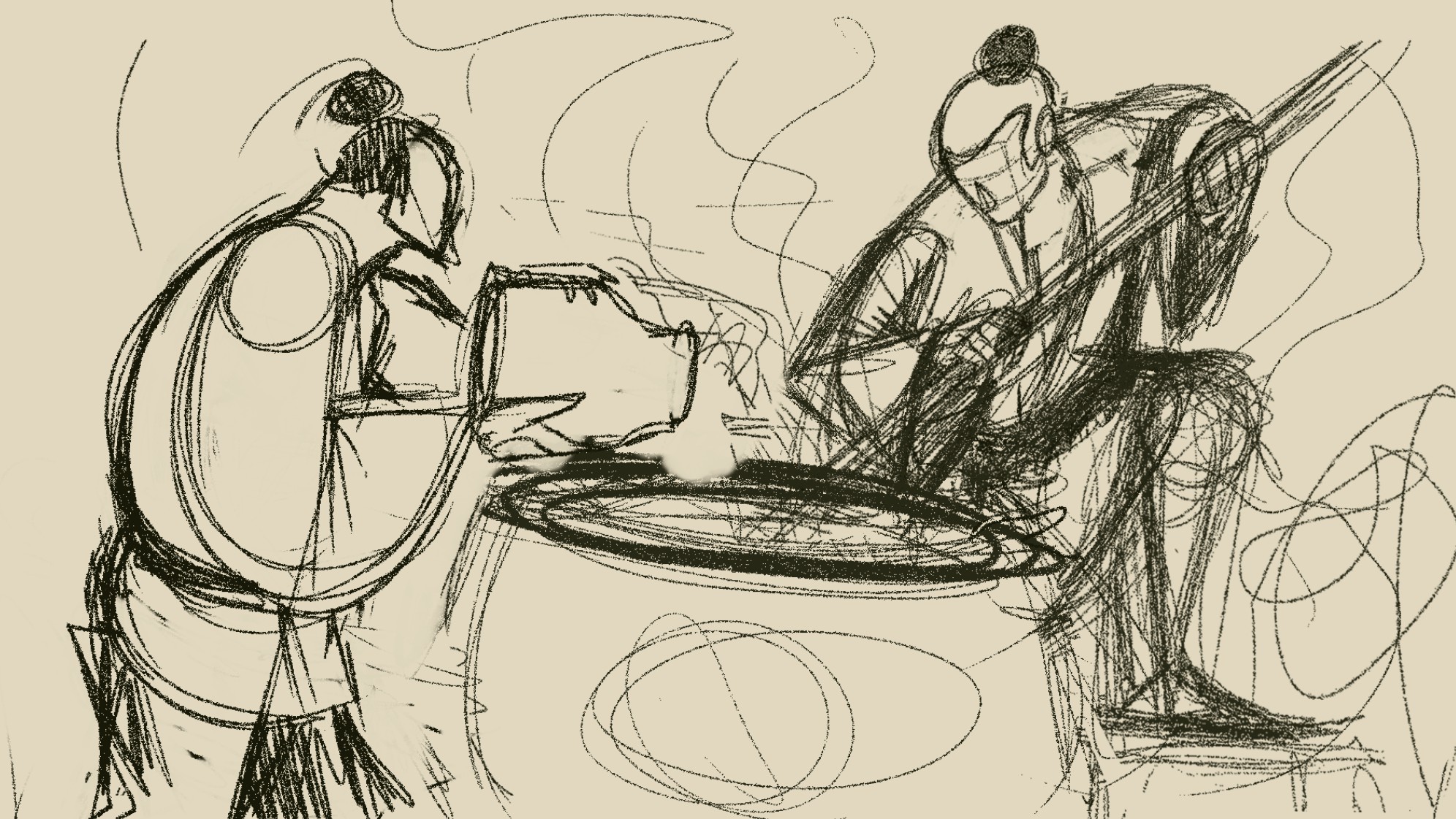 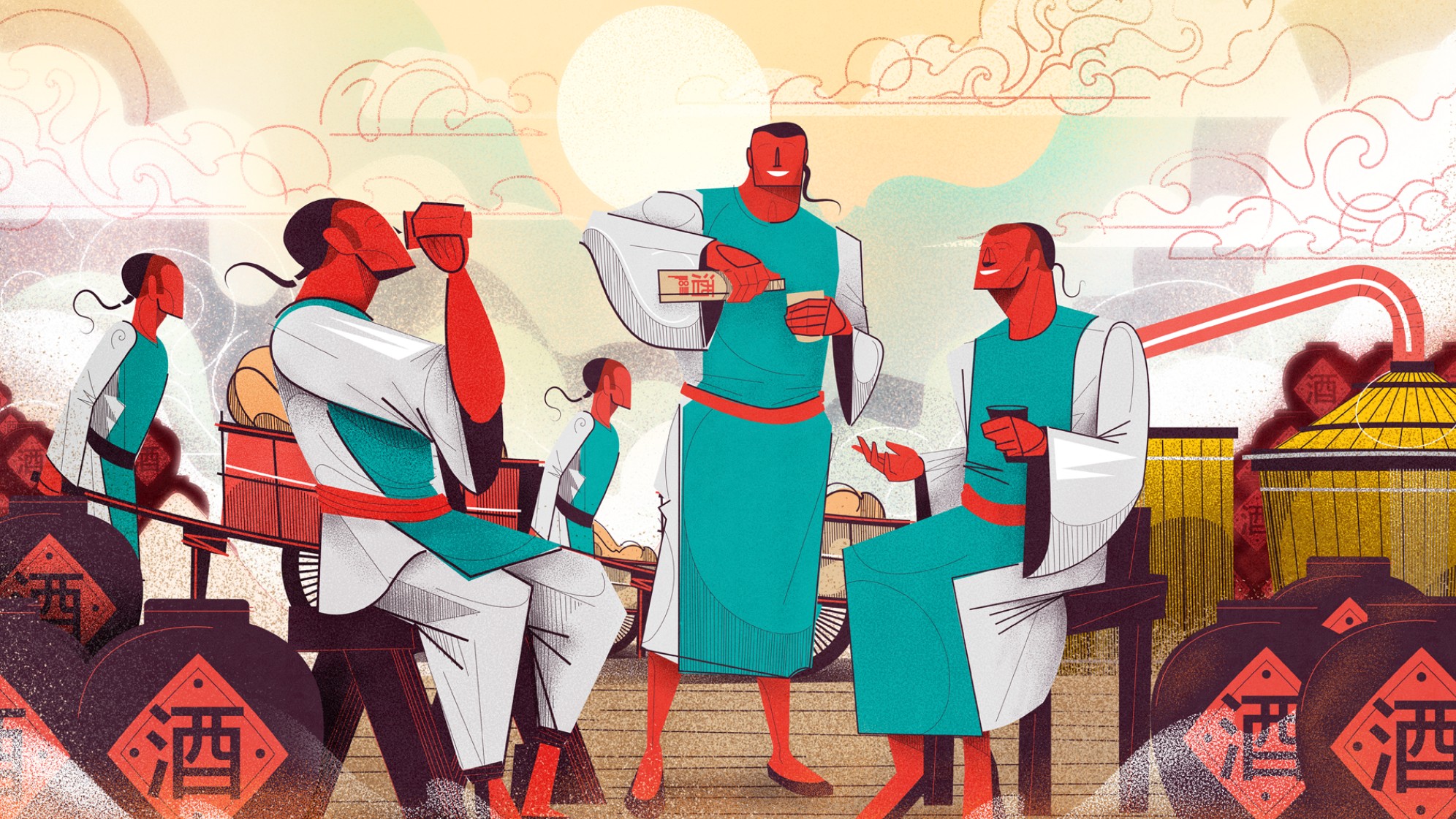 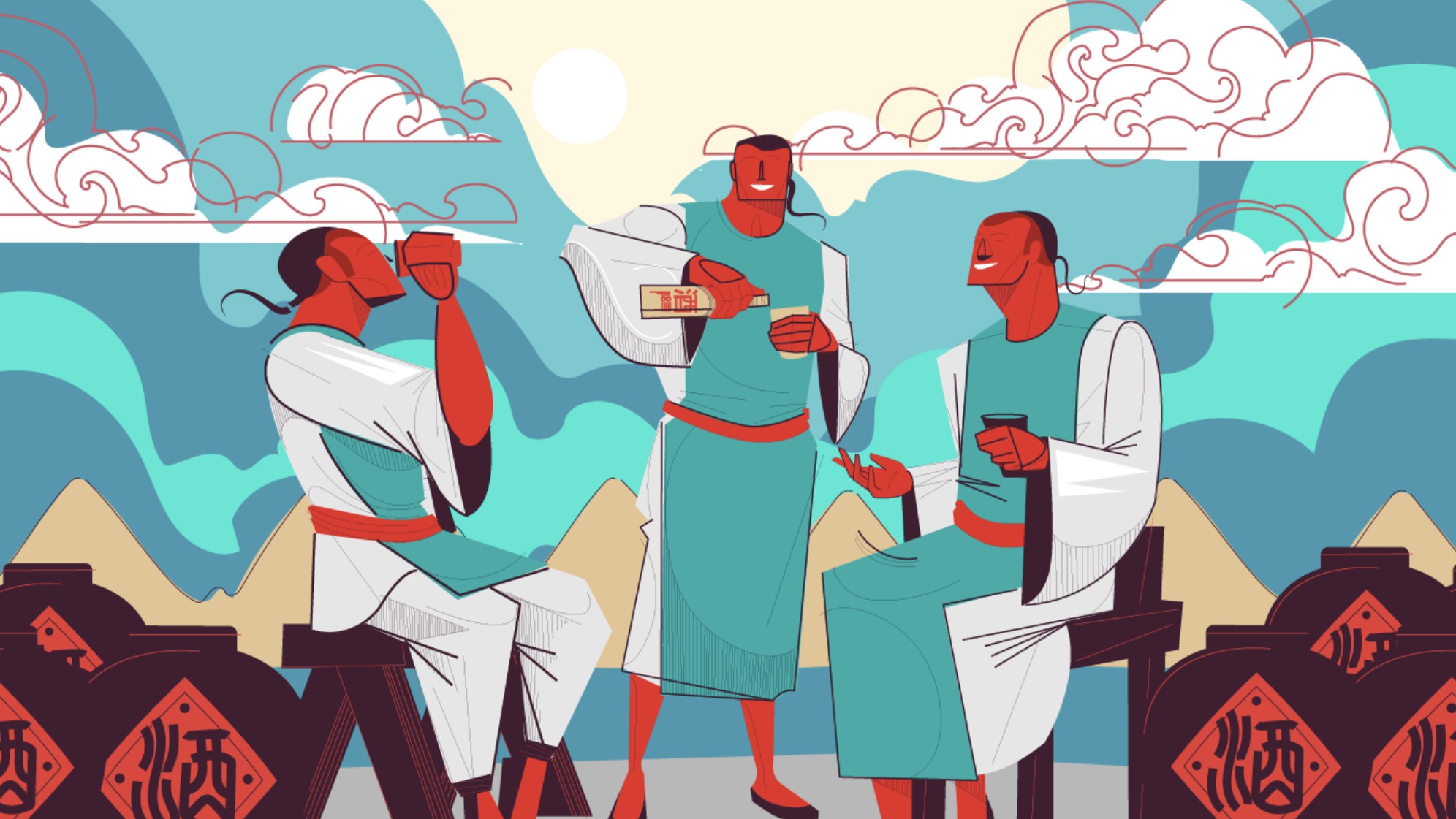 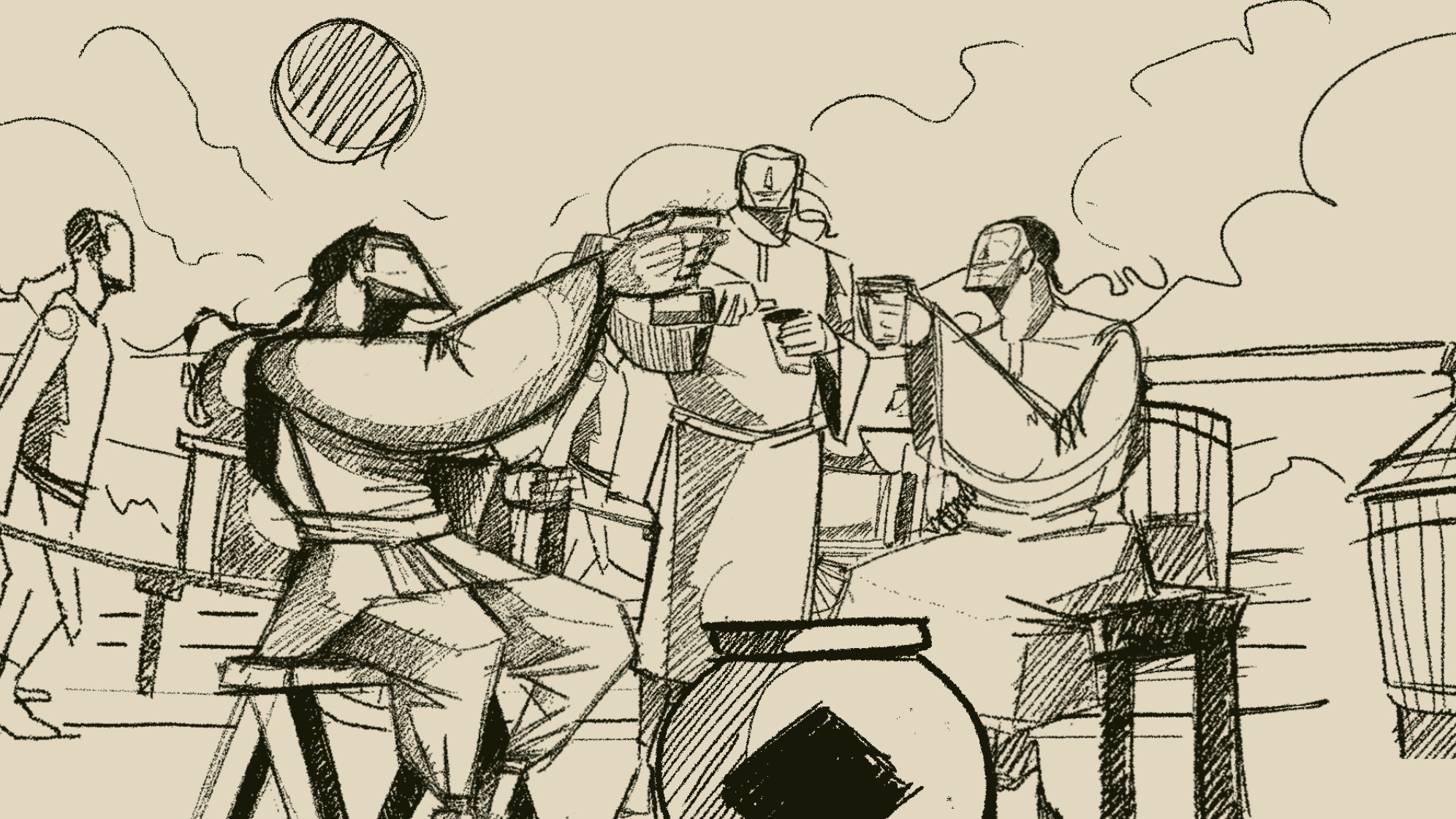 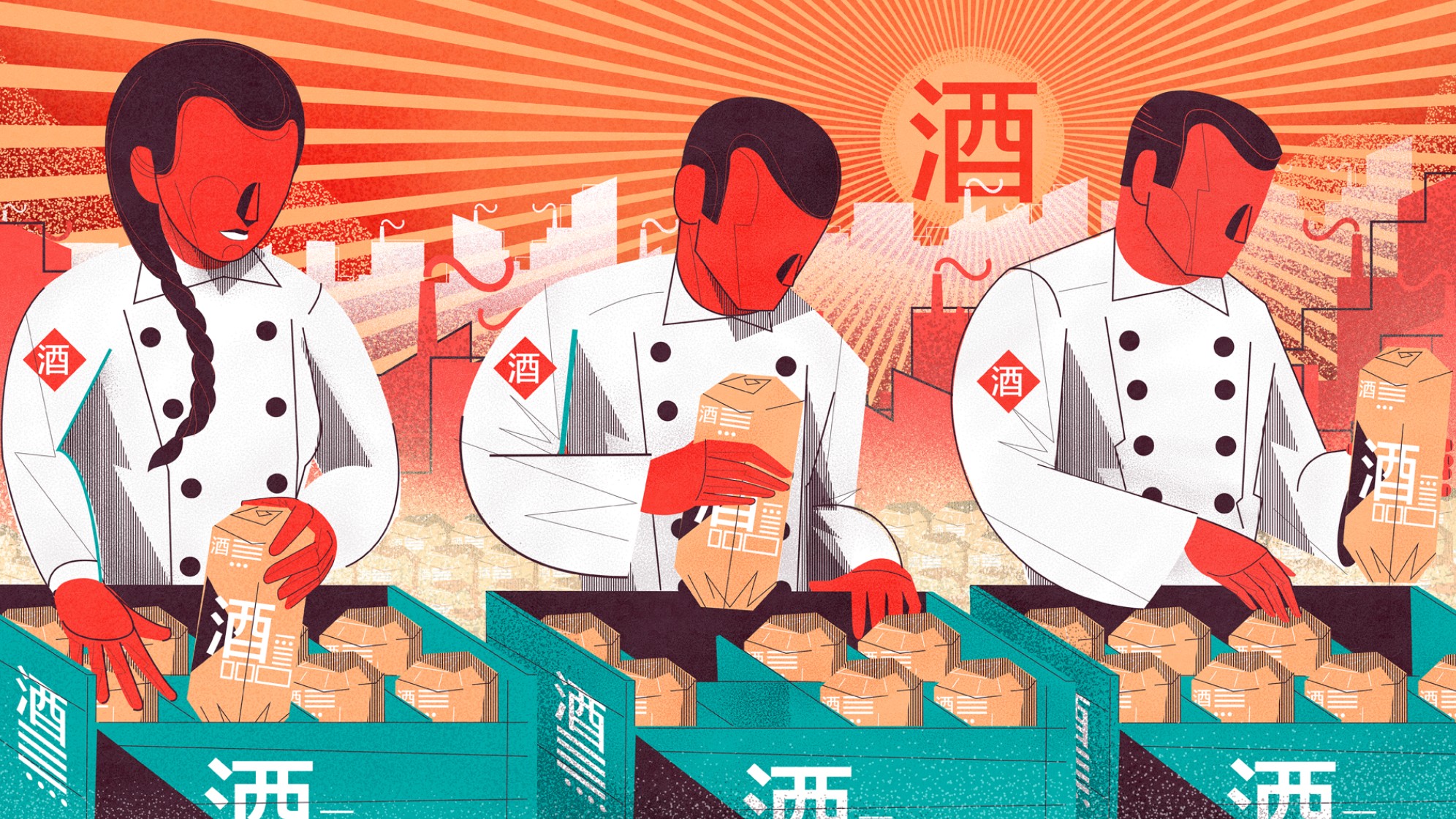 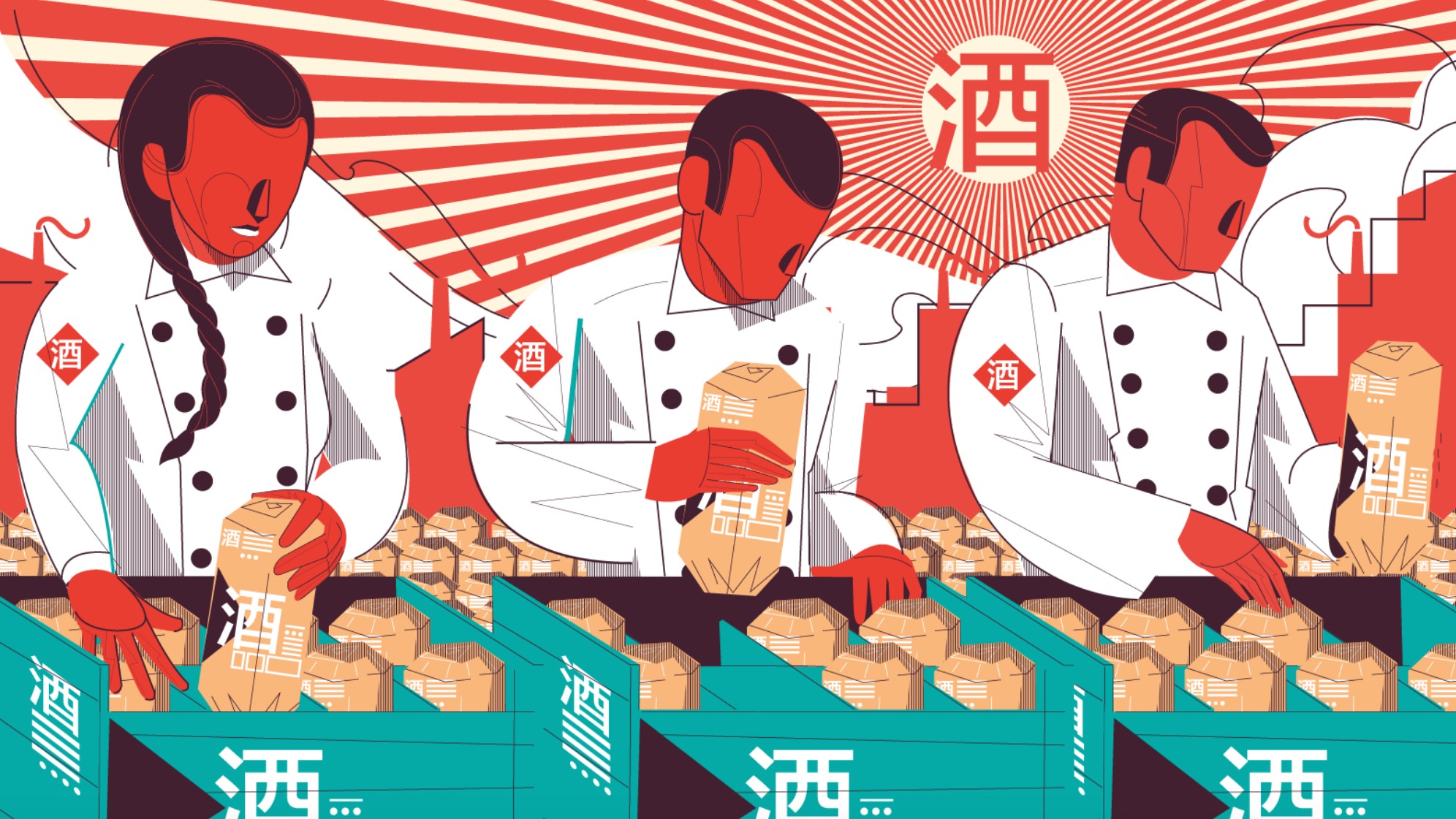 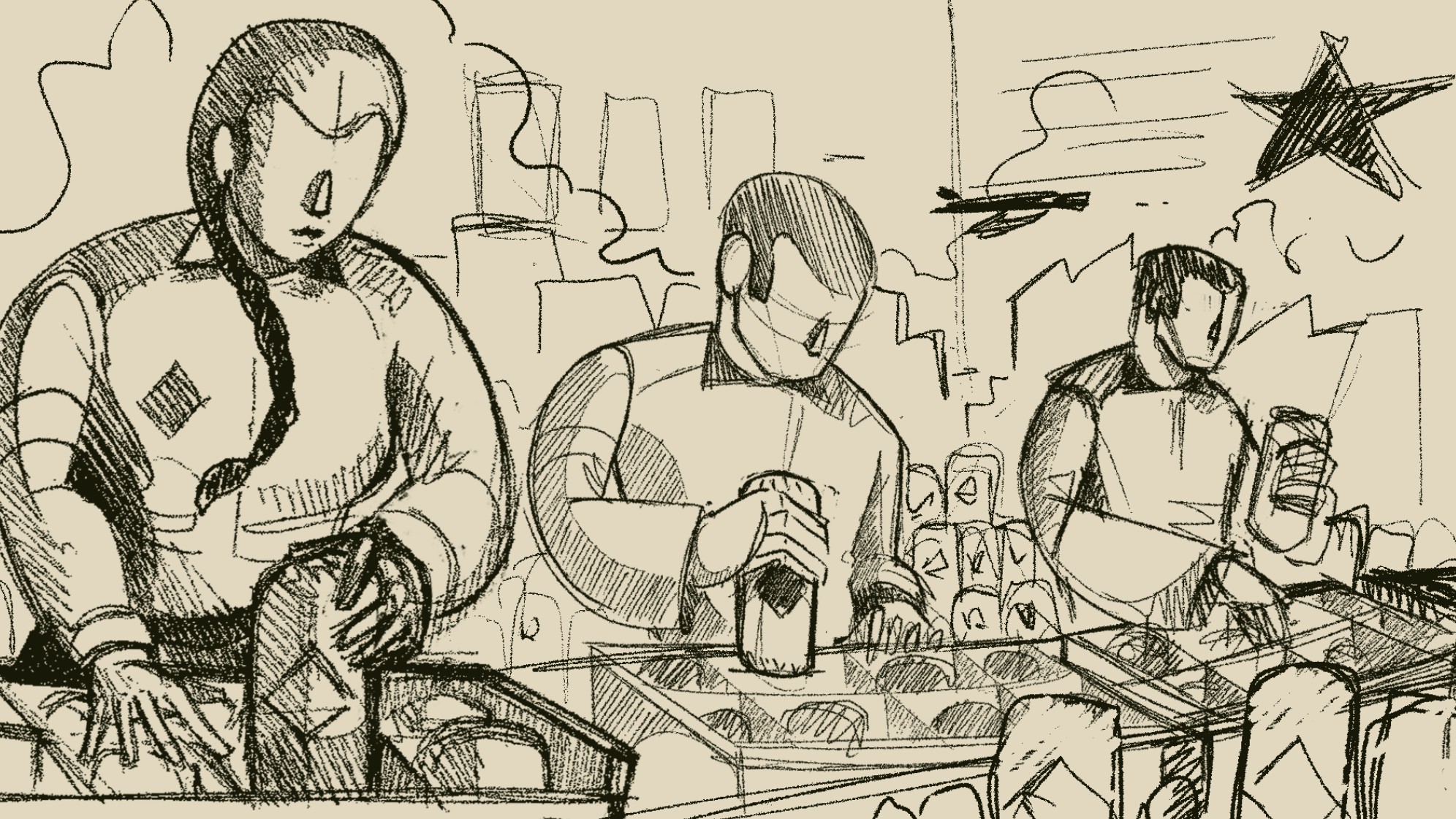 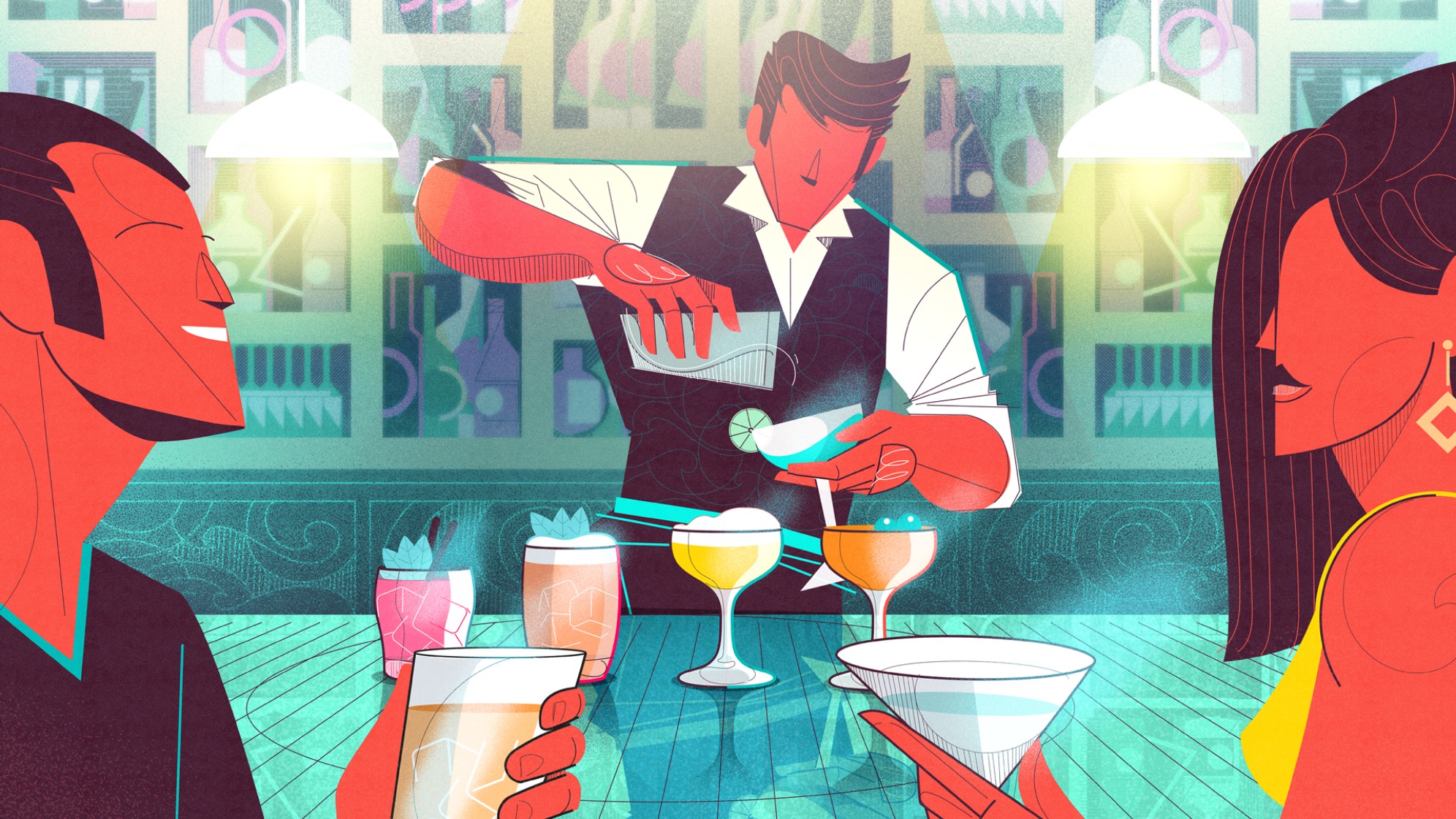 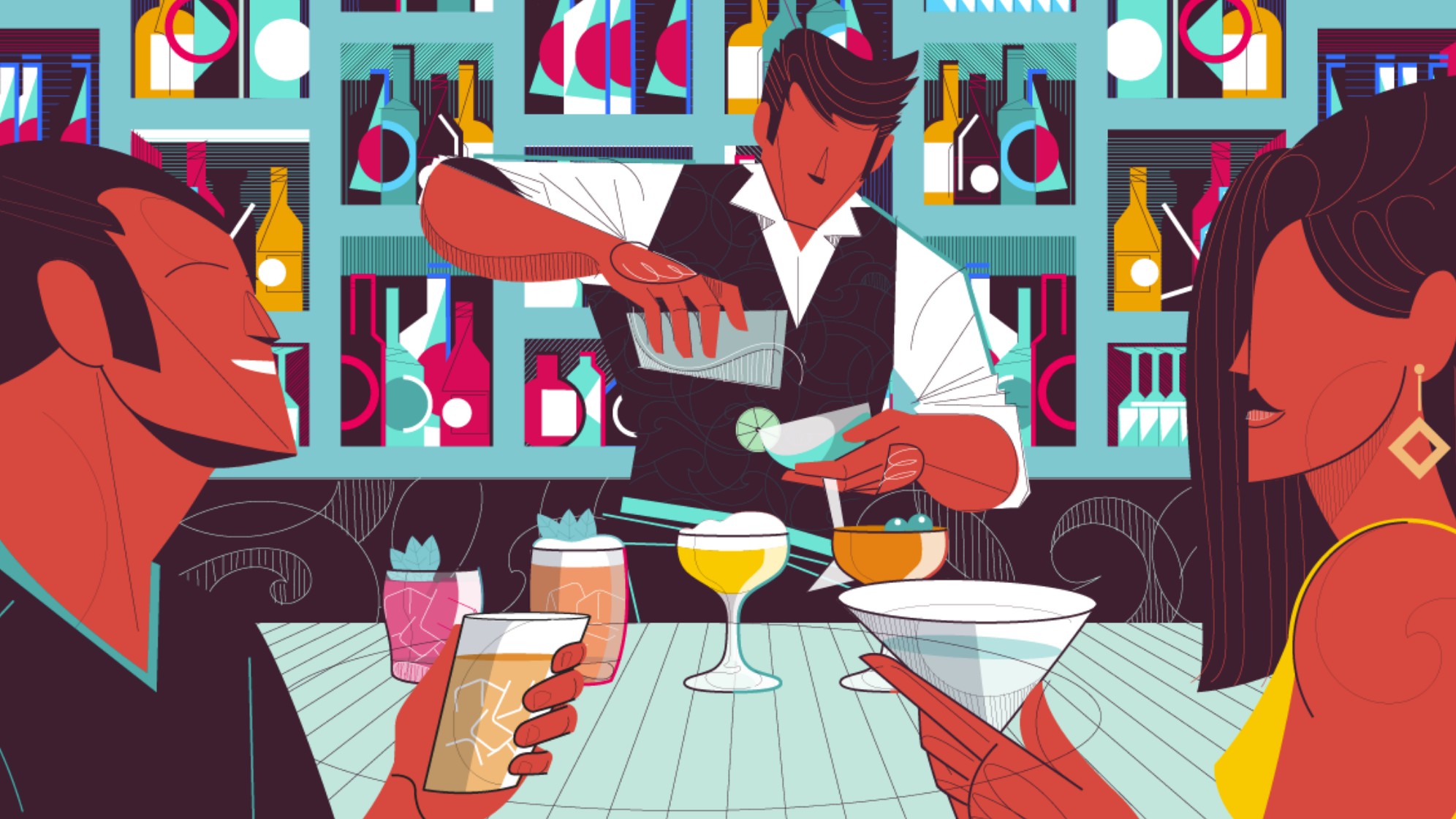 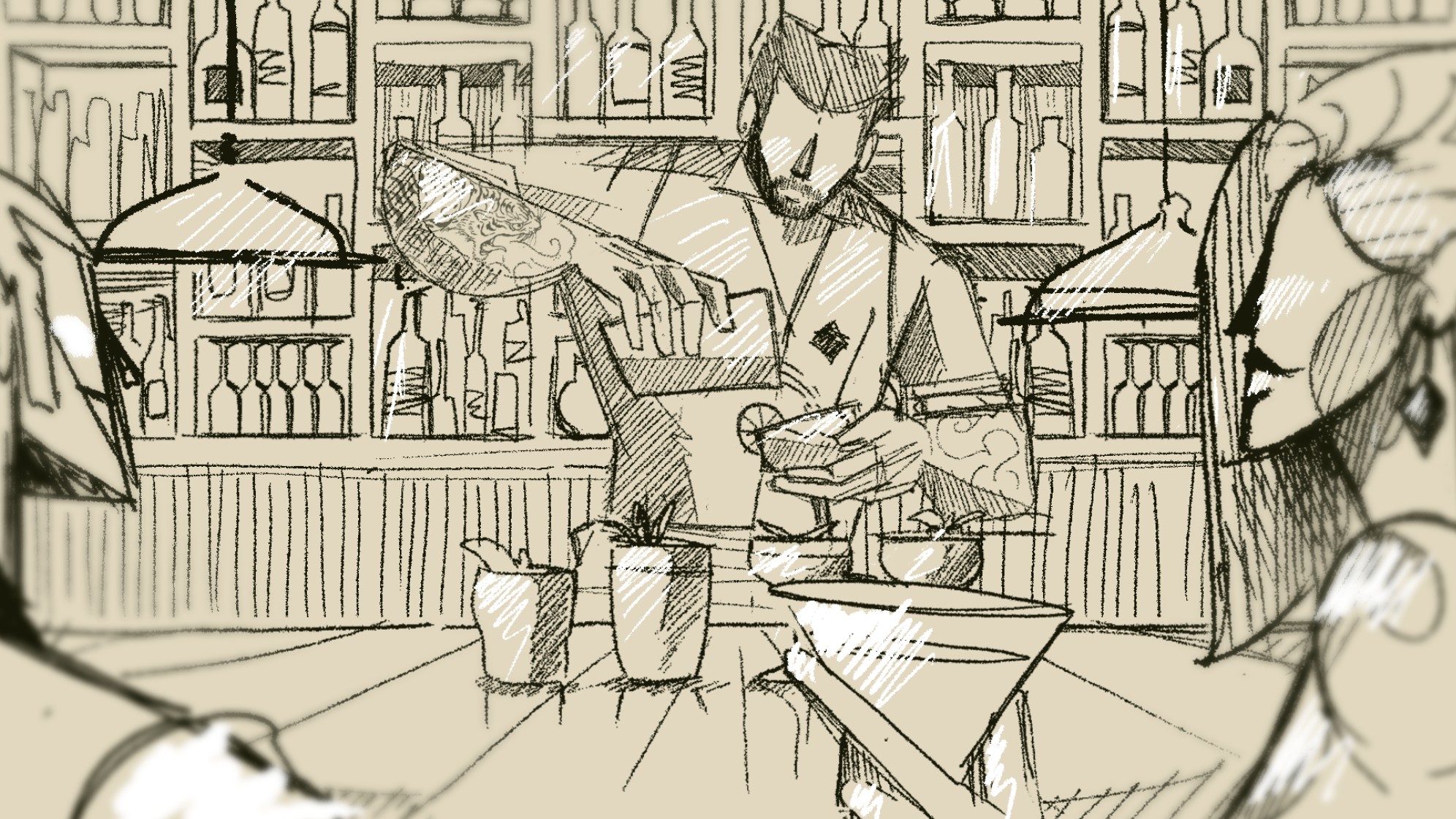 The Age of Centaurs 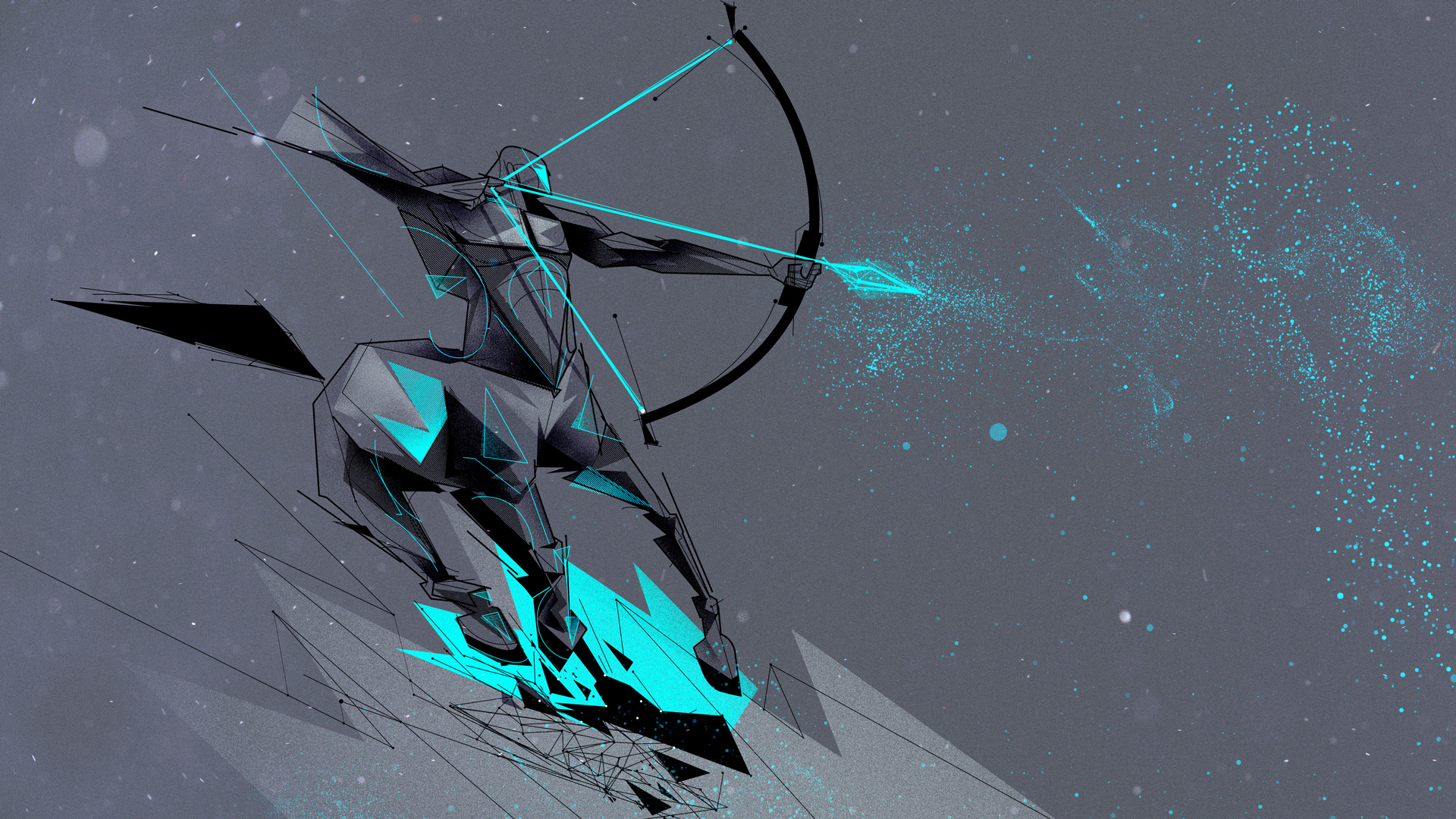 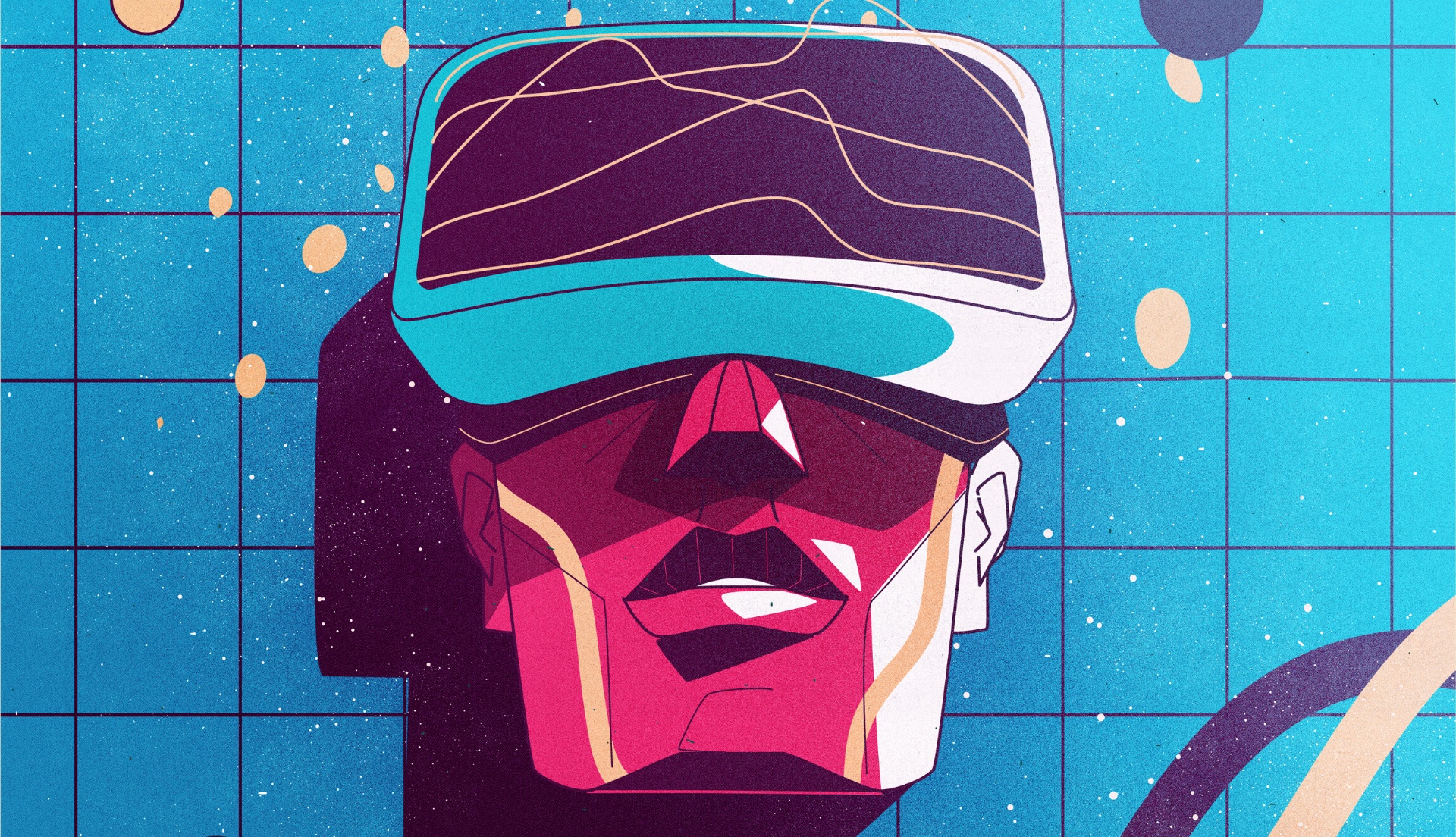